Megginson (1963) citing Charles Darwin’s theory of evolution in the context of business management observed “…it is not the most intellectual of the species that survives; it is not the strongest that survives; but the species that survives is the one that is best able to adapt and adjust to the changing environment in which it finds itself.” This applies equally well when the ecology is no longer the natural habitat of a species but a tennis court on which the competitive tennis player (singles) finds himself at the appointed hour for a duel with his opponent. The tennis player on this occasion encounters a few invariants (personal racket, balls, court dimensions, rules, etc.) but also is confronted with a large number of variables. They range from exogenous variables (e.g., wind speed, crowd support, opponent’s physical & mental states, including his tactics and strategic intent, etc.) to endogenous variables (e.g., one’s own physical and mental states, fluency in execution on that particular day of practiced perceptual-motor skills, among others). Needless to say, the player has to rapidly make sense of these variables and develop strategies to overcome them through adaptations, without any external assistance, as no coaching is permitted in professional tennis. The ultimate goal obviously is to use these adaptations to his advantage to increase his likelihood of winning the match. 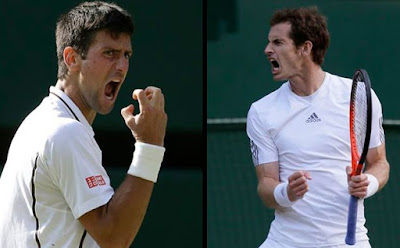 I will discuss how a player can make such dynamic adaptations, not at the tactical level (e.g., whether to hit a drop shot vis-à-vis a top-spin ground stroke in a particular situation), but at a strategic level – i.e., by utilizing the information contained in the aforesaid variables to make advantageous adjustments. It will be shown that this could be accomplished by building a set of macrocognitive skills, specific to tennis, which are referred to as “funnel cognition” (as opposed to “tunnel cognition.”) This is tantamount to integrating information from a wide range of input variables (akin to the inflow-mouth of a funnel) to develop a hypothesis on current system state, which is a form of pre-kinetic, situation assessment (even before a ball is hit); this would be used to develop a specific strategy that is apropos to the situation on hand (the outflow from the funnel’s stem). Next, during the post-kinetic periods – brief breaks between points, games or sets – the player may reassess the situation again at a macro cognitive level by making suitable assimilations and accommodations (Klein, Moon & Hoffman, 2006) to redefine or refine the strategy. At least two well known approaches from Human Factors sciences – Sensemaking (Weick, 1995) and situated cognition (Suchman, 2007) – used in the context of human-systems design are applicable to sports such as tennis, where the embodied athlete has to solve high level problems without the assistance of an external agent (coach or technology). These formalized approaches and applicability to tennis have received little attention. Most of the analyses, that can be considered cognitive, has been done do develop and hone tactical skills for the kinetic phase in tennis (Teltscher, 2006; Elderton, 2010). It should also be noted that these macrocognitive skills discussed in this talk differ from the microcognitive, perceptual-cognitive skills – centered around direct perception of a projectile (Iacoboni, 2001), its effective anticipation (e.g., Singer, Cauraugh, Chen, Steinberg, Frehlich, 1996) and decision making (Elderton, 2010) – which usually fall under the rubric of “game intelligence” (Stratton, Reilly, Richardson, Williams, 2004) in sports research and literature. The latter have been widely studied by sports psychologists (for a review see Casanova, Oliveira, Williams, Garganta, 2009). Finally, how macrocognitive skills can be formally inculcated to competitive tennis players through methods such as Instance-based Learning Technique (Gonzalez, Lerch, Lebiere, 2003) will be discussed in a future article.

The science of human performance under high stakes and stressful situations discussed in this article shares many characteristics in domains such as first response, warfighting, piloting, emergency medicine, process control in abnormal situations, among others.

Although, sports does not have life and death implications it can serve as a live laboratory to study cognition and decision making under high stakes and time stress. Knowledge gleaned from this may even contribute to the field of "comparative cognitive engineering."  Ultimately, the this will not only inform sports training and technology, but can also facilitate "antifragile" (cf. Nassim Taleb) approaches to design human-technology interaction in mission critical systems (first response to healthcare). So that the human agents such as first responders, pilots, emergency physicians -- and systems, particularly smart technologies that "learn" in real time -- adapt to stress and even gain from it. Much like an athlete getting stronger from the stressors (real and simulated) imposed on him / her during training and match play.

Moin Rahman is a Principal Scientist at HVHF Sciences, LLC.

He specializes in:
"Designing systems and solutions for human interactions when stakes are high, moments are fleeting and actions are critical."
http://hvhfsciences.com/
http://www.linkedin.com/in/moinrahman
E-mail: moin.rahman@hvhfsciences.com